The Link Between Daylight Savings and Traffic Accidents

Did you feel jet-lagged or groggy this week after daylight savings? You’re not alone, and the fact that so many of us are extra-sleepy has grim implications for traffic accidents.

Data from a 2020 study of nearly 750,000 fatal car accidents in the United States found that they spike by 6% in the workweek following the daylight savings jump in the spring. There are at least 2 contributing factors to this pattern; people get less sleep when trying to quickly adjust their sleep schedule, and commuters are suddenly driving at a darker hour than they were the week prior.

This only includes fatal accidents, not minor ones, so researchers suspect the heightened risk of crashes is even greater than estimated. In addition, some other research suggests an increase in workplace injuries during the same period.

What About Fall Back?

On the other side of the calendar is the “fall back” daylight savings jump. Most of us prefer this one, which gives us another hour in our day (probably just another hour of sleep). In the fall, there are fewer accidents in the morning due to brighter skies and extra sleep, but more accidents in the evening because it gets darker at an earlier hour. These changes balance each other out, so the total quantity doesn’t change, but it’s worth being a little more alert in the evenings after we fall back.

The study also found that the further west you live in your time zone, the higher the risk of a deadly crash becomes. The Pacific time zone covers California, Nevada, most of Oregon, Idaho, and Washington. Our office in Port Orchard is further west than Los Angeles, San Diego, and San Francisco, so be careful if you live around here!

Good News for Sleepy Commuters (and those of us too lazy to change our oven clocks):

Washington, Oregon, and California are all considering eliminating the yearly change by implementing a non-shifting time. Evidence suggests this would be a good move for public health – now all that’s left is to decide whether to stick with the standard time or the daylight savings shifted time.

What Should I Do?

Coming into work an hour later and blaming it on traffic safety probably won’t fly, unfortunately. But you can take extra care to be sober, alert, and attentive during your drive and at work in the days after the shift. You can also get ahead by slowly adjusting your sleep schedule in the days before. No matter where you live, take extra caution on the roads and at work after daylight savings. 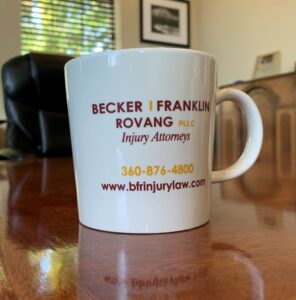