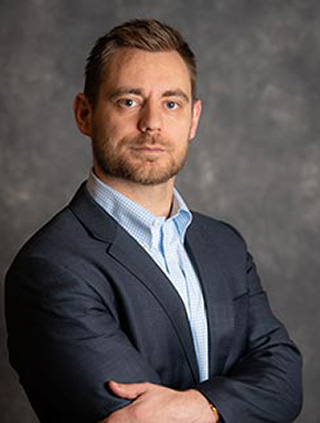 Ian grew up in Gig Harbor, Washington and graduated from Gig Harbor High School. He obtained his undergraduate degree from Gonzaga University and remains an avid Gonzaga basketball fan. Ian graduated from law school at St Louis University School of Law where he interned with the St Clair County State’s Attorney’s Office in Illinois for two years. There, as a Rule 711 Intern, he prosecuted felony cases, ranging from drug distribution to aggravated assault. He conducted grand jury proceedings and handled numerous bench trials. He also appeared in federal court and various Missouri courts, while actively engaged in the law schools’ legal clinic.

Since being admitted to practice in Washington State in 2015, Ian has emphasized litigation, representing a very diverse range of clients. He served as the public defender for the City of Bremerton, and began his civil litigation experience defending large insurance companies, including Allstate, Esurance, and Encompass. He has litigated cases all over Washington State and has taken both criminal and civil cases to jury. He has handled personal injury claims involving traumatic brain injury; spinal, neck, knee and other fractures; ptsd; and even soft tissue injuries. He is also certified in mediation and collaborative law and is proud of his abilities in alternative dispute resolution.

Ian is now solely focused on representing the injured. His mother was seriously injured in a motor vehicle accident resulting in neck surgery and several hundred thousand dollars in medical treatment. He understands how an injury can disrupt your life and the emotional turmoil that follows. He also understands how insurance companies think and operate. Ian is deeply committed to seeking justice for his injured clients.

Ian enjoys spending his free time skiing and hiking in the mountains. He also enjoys golfing, cooking and traveling.