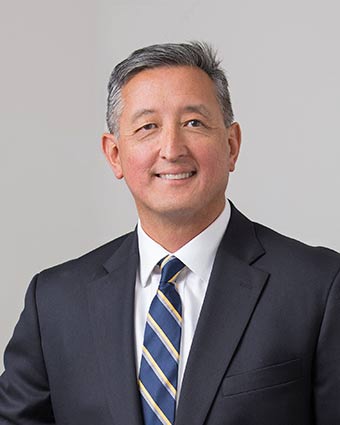 John served in many roles while in the military to include Antisubmarine Warfare Officer and Communications Officer on a Navy destroyer; prosecuting and defense attorney at the Naval Legal Service Office in Pearl Harbor, Hawaii; legal advisor to the Commanding Officer of the USS NIMITZ (CVN 68); and the Navy’s senior uniformed Law of the Sea and international maritime environmental law adviser in the Pentagon. John is keenly aware of the service and sacrifice made by the men and women of our military.

John now applies his vast experience and skillset strictly for the benefit of his personal injury clients. He is especially proud to represent those who serve. He routinely meets with servicemembers stationed at JBLM. John’s track record includes successful representation of police officers injured while in the line of duty, and U.S. military veterans and active duty. As a parent of three active children he is especially passionate about obtaining fair compensation for injured children and insuring the safety of children.